On March 2nd, 2021, Hisense announced to invest 260 million US dollars in building a new Home Appliance Industrial Park in Monterrey, Nuevo León State, Mexico. It is estimated that the industrial park will create over 7000 jobs for the local community in five years. This will be the second industrial park for Hisense in Mexico after its Tijuana Industrial Park, and it shows Hisense’s confidence in the North American market. Qingqiao Zhu, Chinese Ambassador to Mexico; Chuanming Zou, Minister Commercial Counselor of the Embassy; Jaime Rodríguez, Governor of Nuevo León; Roberto Russildi, Secretary of Economy and Labor; and Yue Ma, Hisense Project Leader, were invited to attend the press conference.

Ambassador Zhu said since the outbreak of COVID-19, China and Mexico worked together against the pandemic. The mutually beneficial economic and trade cooperation between the two countries achieved remarkable growth and achievements, demonstrating the strong resilience and great potential of cooperation between China and Mexico. It is believed that with the support of the Nuevo León government and friends from all circles, Nuevo León’s cooperation with China will reach a higher stage. Roberto Russildi, Secretary of Economy and Labor, expressed positive affirmation and a warm welcome to Hisense new Industrial Park, “Today is a happy day for us because we welcome one of the world’s largest well-known electrical appliance manufacturing companies.” 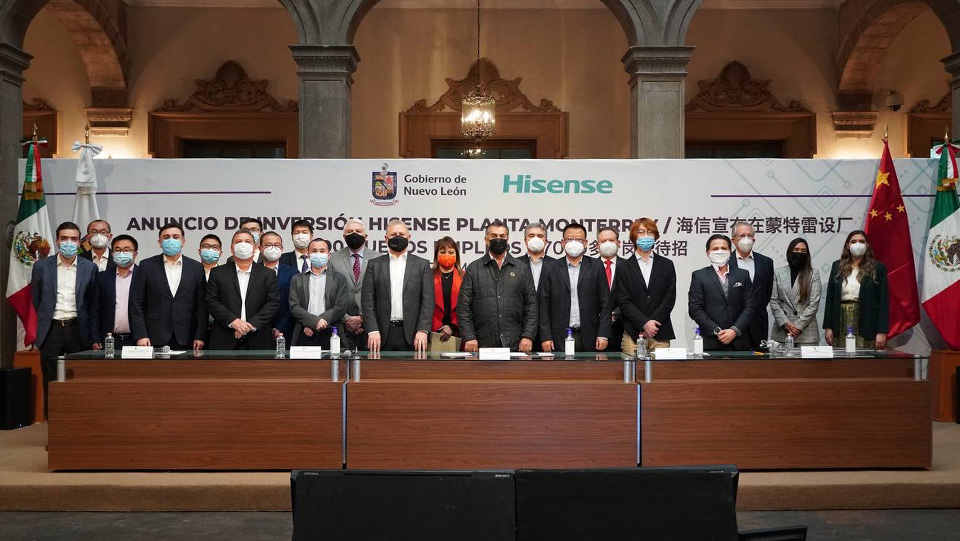 Group photo of the press conference

At present, the basic construction work of Hisense Monterrey Home Appliance Industrial Park has started. The industrial park covers an area of 252600 square meters, aiming to provide refrigerators, washing machines, air conditioners, and kitchen appliances to the American market. When put into operation, it will help Hisense improve the supply chain response speed, build the localization operation system of R&D, production, and marketing in America, enhance the competitiveness, and continue to radiate to Central and South America. 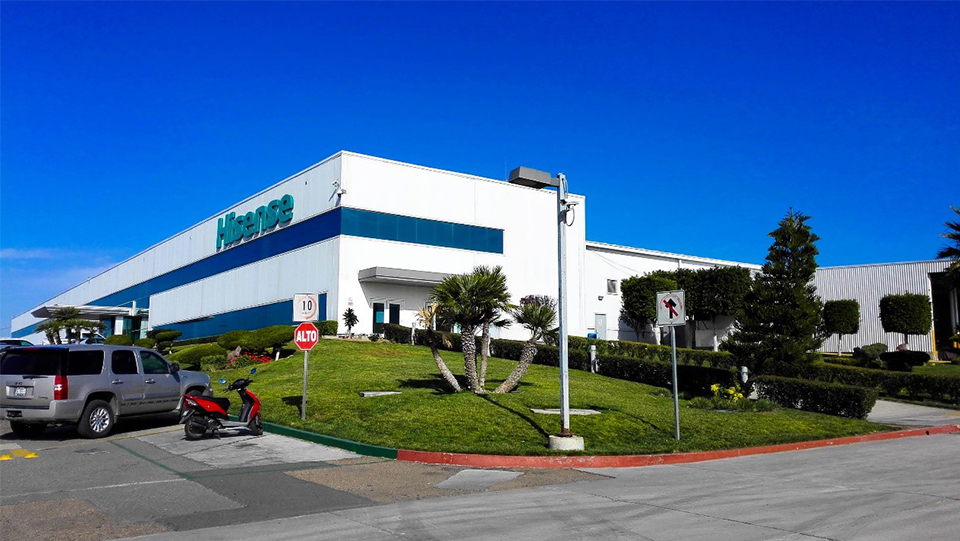 In recent years, Hisense’s brand influence in the world has been continuously enhanced through the localization of R&D, production, and marketing, mergers and acquisitions, and sponsorship of international top sports events. In 2020, Hisense Group will achieve an overseas revenue of 54.8 billion RMB, a year-on-year growth of 18.6% and Hisense Mexico’s revenue will achieve a year-on-year growth of 16.5%; Hisense TV’s market share in Mexico ranks the top three, and it also shows rapid growth in other North American countries. At present, Hisense has 54 overseas companies and offices to implement the localized operation, 16 production bases to implement regional production, and 16 R&D centers to introduce high-end talents to the world and improve the capability of technical products. Monterrey Home Appliance Industrial Park not only reflects the acceleration of Hisense’s international layout, but also demonstrates Hisense’s determination to further explore the North American market. 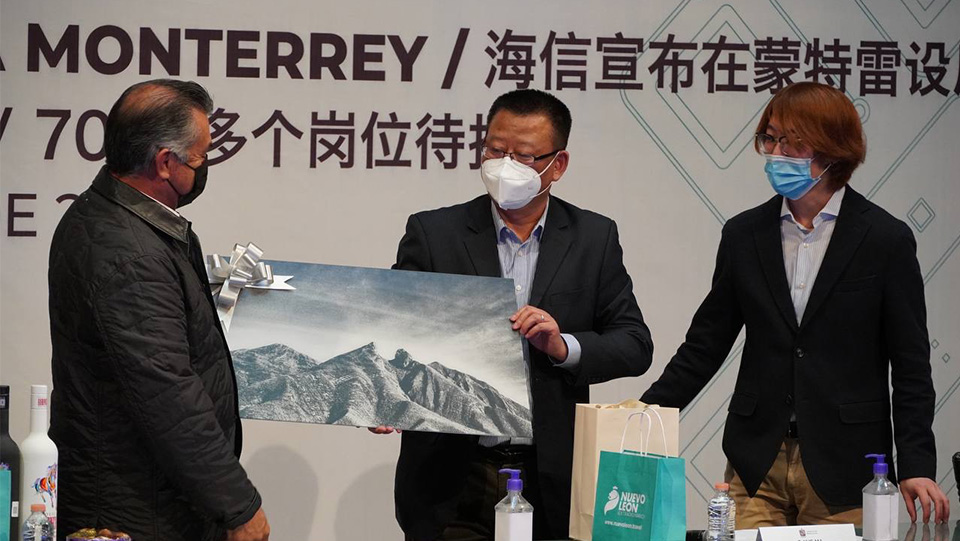 Exchange gifts, the picture shows the landmark mountain of Monterrey, presented by the governor of Nuevo León